Ever since Groupon was launched in 2008, coupon services have become strongly ingrained in our lives. They not only allow users to save considerably on the purchase of goods and services, but also give companies the chance to receive hundreds of clients and orders. After facing a problem in their own business scaling, the company got in touch with us, as they felt a need to develop their own service. Because coupon services enjoy widespread popularity, their development is usually connected with solving problems related to the simultaneous service of hundreds of thousands of user requests. We created and implemented a scalable program architecture which allows serving thousands of simultaneous connections. Dealster was created using the agile iteration process which enabled fast feedback and making decisions to adjust the project throughout its development. The project was launched 3 months after the start of development, immediately after all critical functions of the legacy platform had been implemented in the new system. During the project’s development, we solved problems related to mass daily mailings to hundreds of thousands of subscribers, reached target offers in the place of users’ stay (area), successfully integrated the service with several large coupon services, API providers (Google Maps) and social networks such as Facebook, Google +, Twitter and Yelp. In 2012, a significant strategic investor became interested in Dealster and purchased it. InterLink continues to maintain the service. 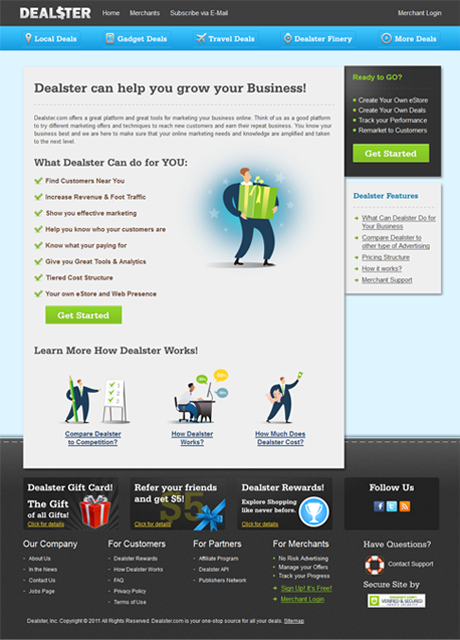 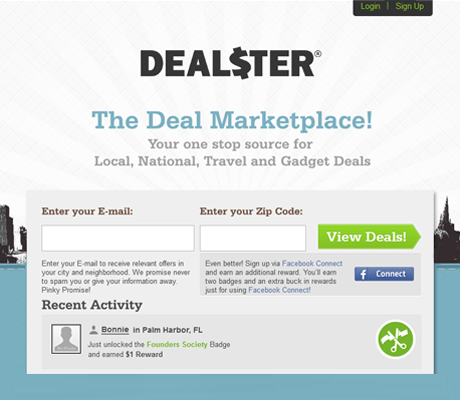